Our resident book reviewer, Emily Ballaine has chosen Publik / Private‘s best books of 2014. She spends her time working at Green Apple Books on the Park in San Francisco and has done nothing less than given great insight and honest criticism of some of this year’s most acclaimed books. 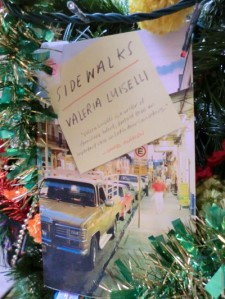 Mysterious, fragmented dreamscapes. The essays in Sidewalks exist in a place that moves a little slower: meditations and obsessions on empty spaces, new apartments and collapsing buildings. A glimpse of the world through the eyes of a poet. Luiselli has the remarkable ability to make connections, such as comparing her search for the writer Joseph Brodsky’s grave in Venice to the thrill of anticipation when meeting a stranger in a hotel lobby, seem not only natural, but obvious.

Nobody is Ever Missing – Catherine Lacey 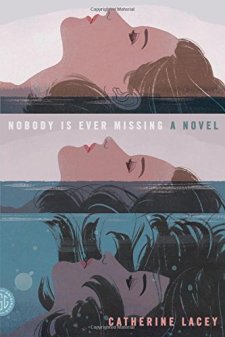 My copy of this book is completely dogeared and underlined and I’m starting to lose track of the number of people I’ve forced it upon. Nobody Is Ever Missing tells the story of a woman who decides to abandon her life (without actually informing those she is leaving behind) and take off for New Zealand. Lacey’s writing style is unlike anything I have every read before, alternating between long rambling sentences and short, repetitive images. She writes about our hidden desires for escape and invisibility in a way that is poignant and heartfelt, while never falling prey to sentimentality (this book is definitely dark, in the best possible way).

Responsible for coining the term “mansplaining,” Solnit’s essays go far beyond this assumption certain men hold that they (must) know something women do not and explores the deeply unsettling facets of modern gender inequality and violence against women. Required reading for all the new men and women. 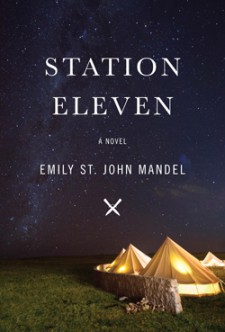 A post-apocalyptic sci-fi novel that feels nothing like the typical post-apocalyptic sci-fi novel. The interconnected story lines of a traveling Shakespeare company in a world where 99% of the population has been killed off by a deadly flu virus and the revolving relationships of an aging actor in the pre-flu world combine to create an addictive page-turner. At its heart Station Eleven is a story about the importance of art in a harsh and violent world (a lesson that will always be relevant). 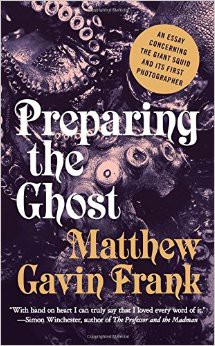 On the surface an investigation into the man behind the first photograph of the giant squid, Matthew Gavin Frank also blends our concepts of personal mythology and storytelling with the power of obsession. Everything you ever wanted to know about squid and ice cream (That’s right. A book about giant squid and ice cream).

An entrancing and unsettling cabinet of curiosities. John Dermot Woods combines the tale of two young men’s increasingly quixotic search for their abducted siblings with the betrayals, heartbreaks and violence that afflict the people of Baltimore’s underbelly. A novel about the losses that shape us and the places that haunt us.

How should we care about each other? This is the central question Jamison attempts to answer in this visceral essay collection. From her time working as a medical actor (pretending to have the symptoms of a certain illness to test medical students) to an exploration of phantom diseases and the effects of street violence, Jamison approaches each subject with a deep understanding. A guide for anyone who’s ever felt lost and lonely among friends and strangers.

A psychological thriller about an expedition into the seemingly unknowable “Area X,” the scene of a mysterious environmental disaster, Annihilation rejects the notion that a story must either be science fiction or literary fiction. This tension between the physical world and the mental comes to an inevitable collision by the novel’s end, but even after the last page is done one is still left with a lingering sense of dread and anxiety, as though the mysterious Area X has somehow contaminated the reader through the physical touch of the page.

Stealing rocks from the Petrified Forest will bring ya nothin’ but trouble (or so goes the legend). Thompson and Orr’s book compiles photographs of these stolen rocks and the apology letters that accompanied them upon being mailed back to the park. Part tragedy. Part comedy. A fascinating look at one urban legend and the real life effects it played on these (initially) nonbelieving thieves. 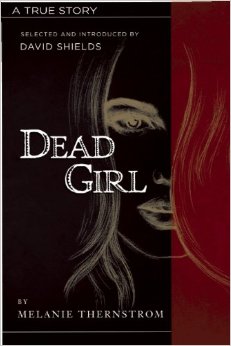 A little bit of a cheat since this book originally came out in 1990, but since it was re-released this summer after being out of print for a number of years I feel justified in bending the rules. It’s hard to know where to begin with a book like this… Let me just say it is amazing, heartbreaking, intense. Dead Girl is the true story of the murder of Ternstrom’s best friend Bibi Lee and the subsequent trial of Lee’s boyfriend. Thernstrom’s pain and confusion over the murder of her friend bleeds through every page and yet she is quick to always question her own feelings and emotions—how much of what she is feeling is “genuine” and how much is just fitting into her own idea of telling a story. Haunting. Brilliant.