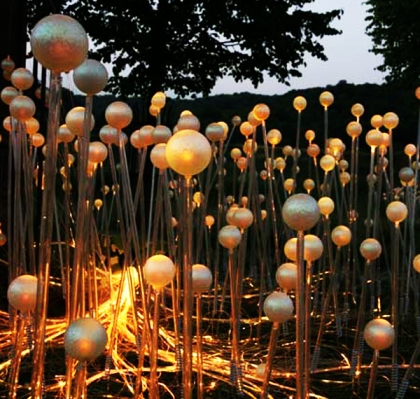 Married to the nature, she was born, Alice Ramploma and appeared careless, yet still uncertain of what to make of her day, she would stay afloat in thought.

Today was fair, the weather admitted the path towards most all activities, and her mind had a firm grasp, and body a firm construction, capable of fulfilling most anything. A spotted lark flew by and had shown the way to an opening through overhanging branches she’d never seen. They looked to create a tunnel of sorts, certainly man had crafted this construction. But as it were, it would merely be the way in which the spruce grew and twisted into a bed of branch and leaf. She climbed high off the earth, to better look into its cradle. It had appeared, from crow’s view, as a flimsy collection of nature, delicately placed as an ornament of the wild. Though upon further inspection, she noticed how thick vines tied together made the structure a possible resting spot, and seemed capable of holding a man with ape like weight and proportion. Tired by the idea of tiring activity, such as retiring, she hopped down and inspected further through orange blossoms and pale green grasses nibbling at the faint sunlight.

There was no cloud cover, though a thin haze kept her body from inhaling too harsh a ray from mother sun. The winds picked up and pushed her along her new found trail all the quicker, she had spotted a stag across the yard and wished to find its safe mystery deeper inside the wood.

Constant nagging, sourced within her flimsy cramping internals, so she bargained a quick break after traveling an hour’s worth of ground. She stopped and picked a speckled berry from an adjacent bush, and pushed the sweetness between her lips and basked in the savory morsel’s power. Again and again, she filled herself until  her body was unwilling to continue further. She was a modest gal, and never took more than her body or the body of the land could endure. Ahhh, what a fair child.

Shortly there after, upon  her journey’s re-embarkment, she was doubted by her feet and tumbled over a barring root, scuffing her soft pant’s cloth and the human skin that lay beneath.

“Why mother fucking god damn,” she spoke, ” I’m going to rape and incinerate the first forest creature that stumbles upon me.”

And as the fate’s would have it, a dope rabbit darted by, sniffing her welcoming exposed ankles, in a sign of affection. Grasping by the ears, she took the creature deeper into yonder bush’s darkness, and sodomized the fellow, with her orange diseased penis, and lit the fire she vowed to create.

The rabbit yelped, like a scared child unable to articulate its fear and she laughed. Introducing a concealed blade, she slit its fur, just below the chin line and penetrated the skin. It hung from her hand, head longing down, ears limp and body dangling from the last bits of sinew left on its exposed neck enclosure.

Scurrying beneath the golden outstretched arms of the sun, a trail of quail emerged. Alice, ripe with blood lust and still vitality, caught sight of the scene, pivoted her stance, and crouched beneath a high green grass’ reach. The avian crowd chirped and bubbled, making a sparse foreign journey by method of foot and leg. They bobbed and skipped along an eroded path, that was surely carved a thousand times over by their friends and foe of the animal kingdom.

Far off in the distant wilder it was evident that a wild cat made its home in a dead brook over-lying the grass and weed of natures cure.

The quail were scouting. Alice was watching.

Naive and bumbling they made a quick stop mid path and casually let there eyes divert from a safe level of purveyance. This is when Alice saw a heaping opportunity and struck.

She leapt from the brush like an amphibious frog from dry land to pond. A quick squawking and feathery upheaval occurred and only but a single member of six quail managed to make its way back the sanctuarious sky. She had trapped the rest under her humanly proportions. Not yet dead, but wounded and nearly crushed, she began smothering them in a beastious fury, snapping legs and wings at will. Driving exposed teeth into their very veins. Crushing a beak within her palm, she sat up and viewed the massacre from a stance on her rear. Five lifeless bodies, some still in twitch from the magic of the nervous system’s electrical response. Proud of her doing, she swept the corpses within her arms, the real image resembled a mother cradling its child in helpless guffaw.

She ran about the woods until night.

“Blood mother rose”, she spoke to herself, not to be heard or translated by anything. Her thoughts began to gurgle into beastly roars, no longer a clear language did exist, but more of a faint growl, deep in the skull, rumbling within her cavernous proportions, amidst all time’s beatings.

The arid moon rose harshly, that is, without hesitation or struggle. It was not full, though bright as a lantern it shone, encouraging Alice to yet again, stalk and hunt.