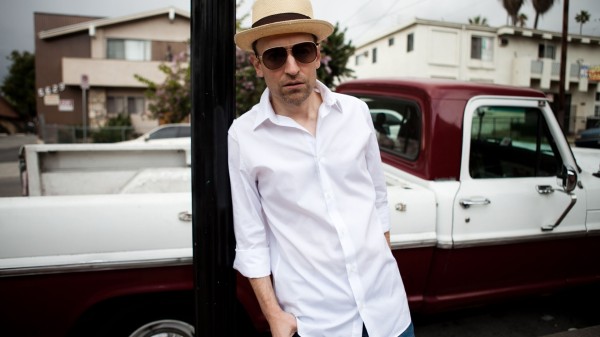 Peanut Butter Wolf is a legend. He was kind enough to talk to us at Publik / Private about his career and the new documentary, Our Vinyl Weighs A Ton. I personally screened this penetrating and historically dense film that followed Chris Manak (Peanut Butter Wolf) from childhood to the birth of his eclectic and deeply necessary record label, Stones Throw Records to giving his viewers and fans a look into his life, roster and career in the present day.

We’re always interested in talking to fearless leaders in the arts industry, and PB Wolf has been a staple in the independent and underground music world for almost two decades. Keep an eye out here at  P / P for our follow up film review of the Stones Throw Records’ new documentary, Our Vinyl Weighs A Ton. Until then learn more about Stones Throw here. Buy some records and support independent artists!!

With such a dense history at Stones Throw, where do you want to go from here?
I wanna keep putting out music that I feel passionate about regardless of genre. I don’t ever wanna feel like I have to stick to one thing just because that’s what the label had some success with in the past.

The film shows a forward moving and fluid progression with your label, was there ever a time you wanted to do something different with your career?
I feel good about where I’m at in my career. If I weren’t doing this, I’d like to be a vet (meaning animal doctor), but I don’t like seeing blood, so that probably wouldn’t work.

As a human being do you ever tire of being Peanut Butter Wolf? Do you have friends who know you for you?
Whenever I do too much of one thing, I get tired of it. That’s why I go back and forth between being a DJ and a record label dude. I do have some friends who aren’t in the industry, so that feels good. And I have nieces and nephews who don’t really understand what I do, but play video games with their Uncle Wolf.

Is Stones Throw a kind of controlled environment for you? Do you think you’d survive in a world that didn’t revolve around art?
It does seem romantic for me to quit music and do something completely different, but I’m not ready to do that and don’t think I ever will be.

Are you happy with how the documentary came out?
I’m very happy with a lot of it. I wish there was more spontaneous interaction between the artists and myself in it and less sit down interviews, but the Jeff and Rob (director and editor) did try to do that too and had little luck. It was hard to make a film that’s for die hard Stones Throw fans that could also appeal to people who never heard of us. Some parts were “too insider” for the average person and others were too obvious for STH fans. We would almost would need to make two different films, but that’s not gonna happen. That being said, when I watched it in a theater in Boston a few days ago with my cousin and 2 of my uncles, there were many parts of the film where I was saying to myself, “Wow, the guys were really talented in how they put that together”. It’s really hard to cover so much territory in 90 minutes. And part of it is my own fault because I wanted the film to show as many of artists we work with as possible, and that was the main thing I debated with the filmmakers on, but looking back, the film probably had too many people in it.

Have you grown and evolved artistically over the years and how so?
Probably. I just have a lot more experience, whether it be being in the studio with the artists or on a video shoot with them or whatever. I sometimes take it for granted until I work with people who “don’t know what they’re doing yet”, but I learn from them too.