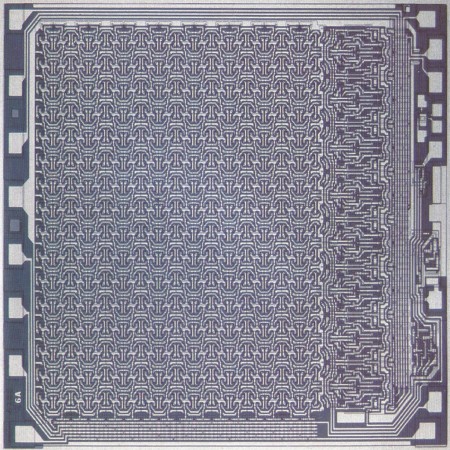 Pow!: An Analog Synthesis of punk and psyche, a fuck-all attitude on par with local success’s Ty Segall and Warm Soda, and the armed messengers sent from the local complaint department. They have recently released their debut album High-Tech Boom on Castle Face Records, carrying with it a constant theme, (or dare I say concept? I will…) and that theme is “We prefer San Francisco as a cultural collage, seen through the clear lens of Ray Ban, not through the pixelated dystopian view of the Google Glass (holes).”

When you warm up to the idea of a concept album (as a band) you open up a box, yes that box, Pandora’s. How easy it is to be ridiculed for not having an original or fun enough opinion pertaining to a hot topic! Well I’m sad to say, this racked concept is no more illuminating than a potato lamp.

High-Tech Boom, as it were, is the album title and the title of lead single. “There will be no future for the hi-tech future,” sings guitarist and lead vocalist Byron Blum. Bleak descriptions conveyed with the vigor of a palsied otter. It’s as if one were hosting a pant-less United Nation’s meeting, behind a TV tray, from the comfort of their couch.

Snotty bad kid vocals voice an aim to kiss the “vertical slums” with a wrecking ball. (From a distance a “revolutionary” cries “Mr. Gorbachev, tear down these pinnacles of human achievement, for why?… I’m uncertain!”)

Castle Face Records, John Dwyer of Thee Oh See’s little enterprise, sponsors these chaps, and boy have they put a lot of coal to the fire of the hype machine. (See John Dwyer’s recent open letter on the state of living in a gentrified American city.) Open letter to John Dwyer: For purity, perhaps try Guam?

We can hear the forgotten ghost trails of Dwyer’s Space Echo throughout the album, but there’s no Oh See’s patented “Whoop!”™ that peaks the echo machine and makes for a child-like shoulder shiver of excitement. Remember when life was ice cream, benzedrine and rainbows? Fucking Downers.

They present an issue, being the recent infestation of silicon valley bred termites, but carry themselves with a bit of a defeatist attitude, sparking not revolution but morbid apathy. Cal Trans, Municipal Waste and the SFPD solute them for not inciting fire, bouts of passion in which little voices say “exercise this trash can of its demons,” and taking ball-peen hammers to our roadways.

“Now I’m seeing red as they take away our bread ” Grrrrrrrrowl.

The sound: 4/4 and an alpaca wool afghan.